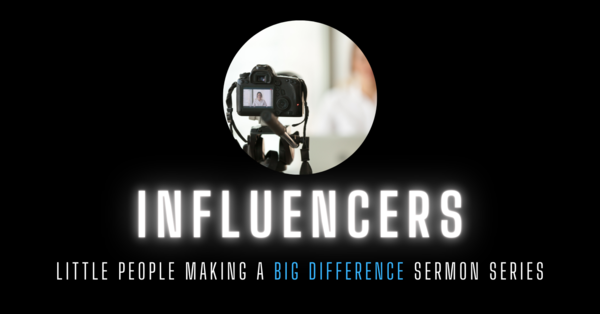 When we think of influencers, in this day and age of social media, we think of people with tons of followers and whose posts influence the thinking and behaviour of those who follow them. This summer sermon series will look at the lives of several little people who had a big influence. We will look at lessons we can learn from them so we can be influencers too, even if we're not social media celebrities.

Some of the individuals we will study include Eliezer, Onesimus, Jael, Joseph, Ananias, Pharaoh's daughter, Epaphroditus, the perfume lady, and even a sex worker. Each one of them will teach us at least one important lesson to help us positively influence those around us.

The series will start July 3 and conclude September 11.